In real-time guidance strategies, the characteristics of the wind and wind modeling plays an important role in obtaining reasonable results from the devised algorithm (especially if the wind is the main driving mechanism of the trajectory optimization routine). It is desired to have as realistic as possible wind model to reflect the real nature and the true outcome of proposed guidance strategies (which are going to be introduced in the next chapter). Therefore, in this study, it is aimed to come up with a statistics based stochastic wind model that will reflect observed, true nature of the wind characteristics. This will provide a tool that could be used in simulations to obtain meaningful and more realistic results in trajectory optimization calculations.For this study, existing/recorded meteorological data (from weather stations located at airports in whole continental US) and publicly accessible NOAA (and IGRA) archives has been used. Based on these real data sets, it desired to devise an approximate wind model that will represent wind behaviour around the continental US.In this specific study (to reflect the global behaviour of wind characteristics), wind data sets from two East coats locations (namely from Albany, NY and Pittsburg, PA), two Mid-West locations (Green Bay, WI and Minneapolis, MN) and two West coast locations (Tucson, AZ and San Diego, CA) have been considered. With this, the intent is to demonstrate the global, long term and low-frequency wind behaviour over different locations in continental US (varying from East Coast, to Mid-West and to West Coast). Moreover, the expectation with deriving such statistics based stochastic wind model is that it can be used with simplicity in not only aerospace engineering, but also in several other areas and applications. Some of these possible application areas may be wind turbines (wind load models), environmental engineering (atmospheric dispersion models) and so on. Thus, the main emphasis was given on obtaining an approximate wind model, which will aid to demonstrate the overall outcome of the proposed strategies in general wind conditions.Obtaining an analytical wind model is still an ongoing research effort in Meteorological and Wind Engineering society and is a very complicated, highly challenging task. Derivation of a purely analytical expression for wind behaviour as a function of pressure (gradients), temperature, humidity, surface roughness and density is an elaborate procedure and relates itself to Navier-Stokes, Conservation of Mass and Conservation of Momentum equations as well as Heat Equation and Diffusion Equations. To avoid such complex nature of airflow, to simplify the evaluation procedures and to increase the applicability of the proposed wind model in the field of engineering, a statistical study has been conducted to obtain a wind model expression. For this purpose, monthly data (for the year of 2010) from each (above mentioned) location has been considered and compared. In this process, not only monthly wind magnitude characteristics are evaluated, but also wind direction characteristics (for each location) have been investigated to devise a meaningful pattern for the analysis of wind behaviour.Here, analysis has been broken into two parts: First, the change of wind magnitude and wind direction characteristics with respect to altitude has been analyzed. Second, horizontal wind magnitude and wind direction characteristics are examined. Modeling of the wind uncertainty issue has been solved with an application inherited from financial mathematics, namely Ornstein-Uhlenbeck Stochastic Process. Ornstein-Uhlenbeck stochastic process has been implemented as the main mathematical model for modeling the uncertainties not only in wind direction but also in wind magnitude. Obtained results and approximate wind model has been used for extensive simulations to demonstrate the effectiveness of the approach.

This article originally appeared in Proceedings of Fourth Aviation, Range, and Aerospace Meteorology Special Symposium, American Meteorological Society (AMS) 94th Annual Meeting (2014) and can be found online at this link. 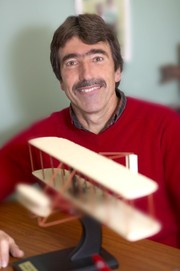 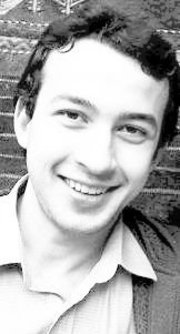