BackgroundSingle-molecule force spectroscopy (SMFS) is a technique that measures the force necessary to unfold a protein. SMFS experiments generate Force-Distance (F-D) curves. A statistical analysis of a set of F-D curves reveals different unfolding pathways. Information on protein structure, conformation, functional states, and inter- and intra-molecular interactions can be derived.ResultsIn the present work, we propose a pattern recognition algorithm and apply our algorithm to datasets from SMFS experiments on the membrane protein bacterioRhodopsin (bR). We discuss the unfolding pathways found in bR, which are characterised by main peaks and side peaks. A main peak is the result of the pairwise unfolding of the transmembrane helices. In contrast, a side peak is an unfolding event in the alpha-helix or other secondary structural element. The algorithm is capable of detecting side peaks along with main peaks.Therefore, we can detect the individual unfolding pathway as the sequence of events labeled with their occurrences and co-occurrences special to bR's unfolding pathway. We find that side peaks do not co-occur with one another in curves as frequently as main peaks do, which may imply a synergistic effect occurring between helices. While main peaks co-occur as pairs in at least 50% of curves, the side peaks co-occur with one another in less than 10% of curves. Moreover, the algorithm runtime scales well as the dataset size increases.ConclusionsOur algorithm satisfies the requirements of an automated methodology that combines high accuracy with efficiency in analyzing SMFS datasets. The algorithm tackles the force spectroscopy analysis bottleneck leading to more consistent and reproducible results.

This article originally appeared in Algorithms for Molecular Biology, Volume 6, Issue 16, 2011, published by BMC. Authors retain copyright. The article can also be found online by following this link: https://doi.org/10.1186/1748-7188-6-16
SJSU users: use the following link to login and access the article via SJSU databases. 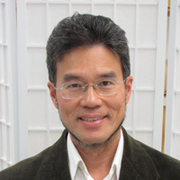 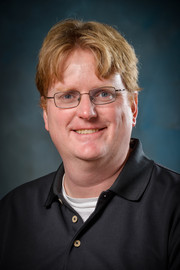