Bedrock erosion by root fracture and tree throw: A coupled biogeomorphic model to explore the humped soil production function and the persistence of hillslope soils

In 1877, G. K. Gilbert reasoned that bedrock erosion is maximized under an intermediate soil thickness and declines as soils become thinner or thicker. Subsequent analyses of this “humped” functional relationship proposed that thin soils are unstable and that perturbations in soil thickness would lead to runaway thinning or thickening of the soil. To explore this issue, we developed a numerical model that simulates the physical weathering of bedrock by root fracture and tree throw. The coupled biogeomorphic model combines data on conifer population dynamics, rootwad volumes, tree throw frequency, and soil creep from the Pacific Northwest (USA). Although not hardwired into the model, a humped relationship emerges between bedrock erosion and soil thickness. The magnitudes of the predicted bedrock erosion rates and their functional dependency on soil thickness are consistent with independent field measurements from a coniferous landscape in the region. Imposed perturbations of soil erosion during model runs demonstrate that where bedrock weathering is episodic and localized, hillslope soils do not exhibit runaway thinning or thickening. The pit-and-mound topography created by tree throw produces an uneven distribution of soil thicknesses across a hillslope; thus, although episodes of increased erosion can lead to temporary soil thinning and even the exposure of bedrock patches, local areas of thick soils remain. These soil patches provide habitat for trees and serve as nucleation points for renewed bedrock erosion and soil production. Model results also suggest that where tree throw is a dominant weathering process, the initial mantling of bedrock is not only a vertical process but also a lateral process: soil mounds created by tree throw flatten over time, spreading soil over bedrock surfaces. 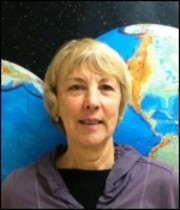 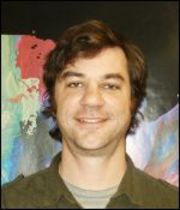