This article employs the concept of military professionalism and its attributes to explain the Greek praetorian regime's handling of the Cyrprus problem. Upon examining the relevant data it was found that for strategic considerations the U.S. and NATO sought to achieve a negotiated solution to the cyprus problem which would have amounted to double Enosis. It was also found that professional needs created a dependency of the Greek. military on NA TO for arms, sophisticated training, and support which let them view participation in NATO as indespensable. As a result, the Greek military confused the interests of their nation with those of the Atlantic Alliance and sought to solve the Cyprus problem on the basis of NATO'S interests even though such a solution went contrary to the national aspirations of Greece. 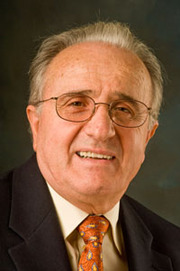