Anger is a common problem among veterans and has been associated with posttraumatic stress disorder (PTSD). This study aimed to improve understanding of how anger and PTSD co-occur by examining gender differences and differences by whether the triggering traumatic event is deployment-related vs. civilian-related in current service members. A representative cohort of Reserve and National Guard service personnel (n = 1293) were interviewed to assess for deployment- or civilian-related traumas, PTSD, and anger. The prevalence of self-reported anger problems was estimated among male (n = 1036) and female (n = 257) service members. Log Poisson regression models with robust standard errors were used to estimate the associations of problems with anger with PTSD and PTSD symptom severity for men and women. Self-reported anger problems were common among male (53.0%) and female (51.3%) service members. Adjusted prevalence ratios (PR) showed associations between anger and PTSD connected to both civilian- and deployment-related traumas (PR were 1.77 (95% CI 1.52–2.05) and 1.85 (95% CI 1.62–2.12), respectively). PTSD symptom severity was also associated with anger. This study was cross-sectional and so a causal relationship between PTSD and anger cannot be established. Problems with anger are common among male and female current Guard and Reserve members. These findings suggest that anger treatment should be made available to current service members and that clinicians should assess anger problems irrespective of gender. Future research should examine the effectiveness of anger treatment protocols by gender. 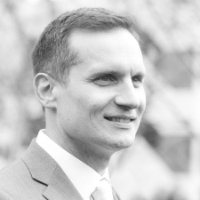