Traditional funeral and burial rituals and Ebola outbreaks in West Africa: A narrative review of causes and strategy interventions

Introduction: In West Africa, traditional funerals and burials have proven main contributors to the spread of infectious diseases, such as Ebola, plague, the Marburg virus, and others. Although the World Health Organization has provided guidelines for the safe burial process after learning of the culture of the afterlife in Ebola-affected areas, little effort has been made to integrate theoretical interventions and models for changing West Africans’ funeral behavior. This research was conducted to study 1) the background of traditional burial rituals, 2) interventions to contain Ebola outbreaks in West Africa, and 3) a strategic approach to future disease outbreak in the region.
Methods: A narrative review was conducted by using four electronic databases—PubMed, Medline, Web of Science, and Scopus—using search key terms and a manual search of Google Scholar and gray literature. A date range was open to all years, up to 2017 to include a historical aspect of Africans’ funerary rituals and 2014–2016 Ebola outbreak in West Africa.
Results: West Africans believe that performing funeral rituals enables them to cement unity between the living and ancestral spirits and to receive spiritual gifts from deaths. Funeral rituals include several actions, such as washing and cleaning the body, washing one’s hands in a common bowl after touching the face of the deceased, and lying over the corpse of a prominent person. Although Ebola-affected countries created national Ebola response and communication strategies in 2014, the efforts at the government level were not sufficiently effective to contain the disease’s outbreak.
Conclusion: Traditional funeral and burial practices are a part of the culture in West Africa and should be evaluated and respected. Policymakers should design a theory- and practice-based socioecological model based on social and behavioral strategies for villagers in remote areas to prevent the spread of infectious diseases via traditional burial practices.

This article was originally published in the Journal of Health and Social Sciences, 5(1). It can also be found at this link. 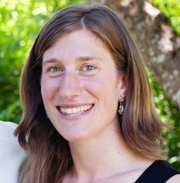