This paper aims to investigate the extent to which locating primary industry subsidiaries in politically unstable countries impacts their survival. The authors argue that foreign multinational enterprises in less stable political environments can shape policies that are impactful on the costs of operating in primary industries and avoid compliance with more stringent policies at home.

Using a sample of 753 primary sector investments of Japanese multinational enterprises during the period 1986 to 2013, the authors conduct a parametric survival analysis of the relationship between political stability and subsidiary survival.

This research contributes to the debate around the pros and cons of globalization by examining the extent to which firms benefit by offshoring primary sector investments to avoid more costly legal requirements at home. The results suggest that this non-market strategy should be mitigated through appropriate policy measures and provides evidence that those policies already implemented are effective.

SJSU users: Use the following link to login and access the article via SJSU databases. The most recent 12 months are unavailable with this institutional access. 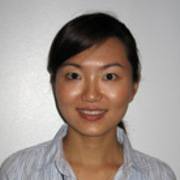