Coming to America: The Business of Trafficked Workers

The expansion of the United States’ current guest worker program is one policy measure that both political parties have agreed on in the immigration debate yet there continues to be a paucity of research on the experiences of migrants, many of whom are Asian, who enter the U.S. through the existing program. This paper examines the experiences of Asian guest workers with a focus on guest workers from the Philippines. Filipino migrants are an especially good case study for examining the United States’ guest worker program because the Philippines was amongst the top 5 countries supplying workers to the U.S. Through our case study of Filipino migrant workers we find that that the United States’ guest worker program ultimately relies on multiple sets of actors transnationally including the growing transnational migration industry and the Philippine labor brokerage state. Our research suggests that though guest workers as “legal” they are often dispossessed of labor rights and their immigration statuses through contract-substitution and debt bondage. We find that private labor recruiters and labor sending governments are complicit, along with employers, in producing precarious conditions for migrant workers. In effect, “legal” migration through the guest worker program becomes a thinly veneered form of labor trafficking. Our research is based primarily on on-going qualitative research with Filipino guest workers in California. 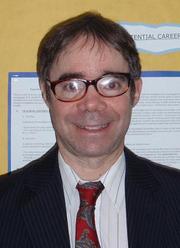