The Intensification of Hurricane Maria 2017 in the Antilles

Environmental influences on Hurricane Maria in the Antilles Islands are analyzed at the large-scale (1–25 September) and at the meso-scale (17–20 September 2017). The storm intensified rapidly prior to landfall in Dominica, going from category 1 to 5 in 15 h. As the storm progressed toward Puerto Rico (PR), its NE flank entrained air from seas cooled by the earlier passage of two hurricanes, and strengthened on its SW flank. Operational model forecasts tended to delay intensification until west of the Antilles Islands, thus motivating two independent weather research and forecasting (WRF) simulations. These gave minimal track errors at 1- to 3-day lead time. The simulation for landfall at Dominica on 19 September 2017 showed that a static nest with 0.8 km resolution using a Holland-type synthetic vortex and Yonsei University (YSU)/Kain-Fritsch schemes performed better; with a track error of 8 km and intensity error of 10 m/s. Our PR-area simulation of central pressure lagged 30 hPa behind observation; and caught up with reality by landfall in PR. The simulated rainband structure corresponded with Cloudsat observations over PR. Maria’s intensification occurred in an area of thermodynamic gradients included cooler SST in the right side of the track, so operational models with right-track bias were late in predicting intensification. Category-2 forecasts prior to 18 September 2017 left many Antilles islanders unprepared for the disaster that ensued.

This article was published in Atmosphere, volume 10, issue 10, 2019, and can also be found at this link. Authors retain copyright.
SJSU users: use the following link to login and access the article via SJSU databases. 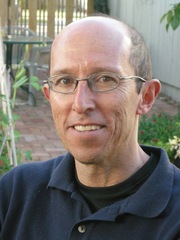